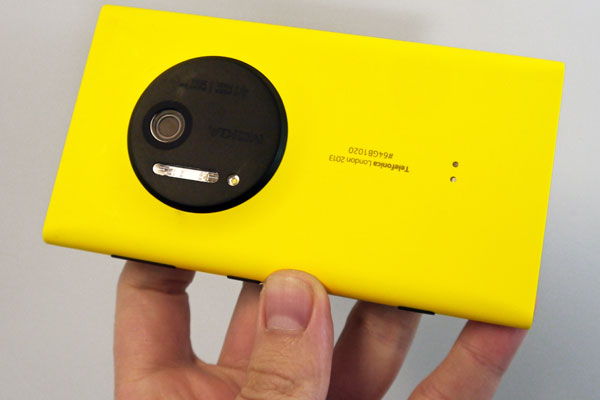 With most smartphones mostly sporting the same hardware these days, manufacturers have taken to adding unique features in order to make their handsets stand out. Sure, some of them can be quite gimmicky — the newly announced Samsung Galaxy Round and LG G Flex come to mind. While they sport a curved display, it’s not the flexible type that was demoed earlier this year at the Consumer Electronics Show in Las Vegas.

Other handsets, such as the Samsung Galaxy Note 3 come with a stylus digitizer, allowing artists to sketch on the phablet with ease. The same stylus is also found on the company’s Note range of tablets as well.

Here are five smartphones that offer something interesting that may appeal to you if you’re hunting for that new special handset.

Unique feature: TouchID fingerprint sensor doesn’t require you to do a swipe motion to detect your print.
The good: Fingerprint scanner makes unlocking a breeze; dual-tone flash works very well; great camera; iOS 7 feels refreshingly new; fast snappy performance.
The bad: Small display means lots of squinting; small form factor and metal chassis can be slippery.
The bottom line: Those upgrading from the iPhone 4S will appreciate the slightly larger screen, faster processor and enhancements to the iPhone. The 5S is the best iPhone to date, but perhaps not the best smartphone for now.

Unique feature: The PadFone docks with the PadStation accessory and transforms into a tablet.
The good: Solid design; bright vibrant screen; two-day battery life when paired with the PadStation tablet dock; offers flexibility for those who want a tablet as well; camera takes good shots; comes with microSD card slot now.
The bad: Battery life of PadFone Infinity when used on its own is poor; software that controls auto brightness of the display fails to properly detect ambient light at times, making the display too dim at times.
The bottom line: The PadFone Infinity may have gotten a hardware upgrade with its slightly faster processor and an improved camera, but it’s still the same handset from before. Feel free to get this handset if you need a phone/tablet combo, but take heed that it’s not the best smartphone out there.

Unique feature: The edge-to-edge display is made possible due to the power button and volume rockers being located at the back of the handset.
The good: Fast and snappy performance; software tweaks don’t get in the way; bright and vibrant edge-to-edge screen; fairly good battery life; good camera performance; cool QuickWindow accessory.
The bad: Plastic design is a downgrade from previous model; embedded battery; no microSD card slot, limited to 32GB of max storage.
The bottom line: The LG G2 sports not only a unique design that stands out amongst its competitors, it also packs snappy hardware. If you want a similarly specced handset with a more premium feel, however, you may be better off looking at handsets from Sony instead.

Unique feature: If you love to take pictures, Nokia’s flagship handset with its 41-megapixel camera easily fits the bill.
The good: The Nokia Lumia 1020 smartphone’s camera captures extremely high-resolution images with fine detail, and puts creative controls at your fingertips.
The bad: A niche device, the Lumia 1020 is US$100 pricier than most high-end smartphones; the lens makes it a little bulky; multiple camera apps are confusing; it lacks manual f-stop control and presets for common shooting scenarios.
The bottom line: Avid mobile photographers will love the Nokia Lumia 1020’s exact controls, but casual users should stick to cheaper camera phones.

Unique feature: The handset sports a tempered-glass design and is water-proof to boot.
The good: Beautiful tempered-glass design; fairly good battery life; bright display; snappy performance; water-proof; great camera performance.
The bad: Speaker volume is soft; still a fingerprint magnet; expensive.
The bottom line: The Sony Xperia Z1 is one of the better smartphones to debut in the later half of the year. While its raw performance is similar to the LG G2, the Z1 stands out with the use of better materials, water-proofing capabilities and most importantly, an impressive camera.

Previous Post How to back up and restore your Android smartphone