Parking karma can only get you so far. Once you’ve nabbed that treasured spot, you’ve still got to find it after your outing, a task that’s sometimes easier said than done.

Who loses their car, right? Wrong. If your brain’s like mine, it occasionally goes into autopilot, letting you wander off before you’ve really paid attention to where you parked. Or maybe you’re ambling out in the woods, or trawling through unfamiliar city streets that all seem to look the same. 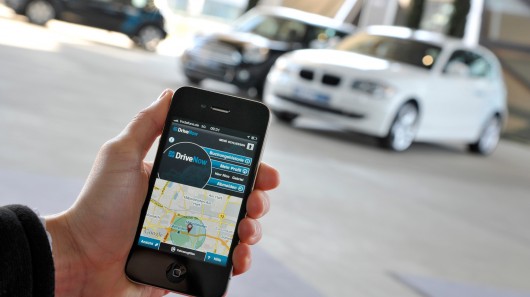 At any rate, help is at hand through a Google Now card that now pops up to map your approximate location. It only applies to people who tell Google that they regularly drive, and if you don’t want to use it, you can always opt out. Here’s how to get started.

Make sure you have the right version

You’ll need version 3.4 of the Google Search app (at least) in order to kick-star the parking location feature. To see which version you have, open Google’s search app, and find the vertical ellipsis menu button (in some cases you have to scroll down to the bottom of the app). Tap “Help & feedback,” then look at the string of numbers along the top to see your version number. You’ll find updates in the Google Play store by searching for Google Search.

Google Now cards for parking will only appear if Google thinks you drive. To make sure this is the case, go into the Google Search App (where you see Google Now cards) and tap the icon that looks like a magic wand (it’s actually the customize button). Pick the option “Everything else,” tap “How do you usually get around,” and make sure that you select “Driving.”

Google uses GPS and the phone’s sensors to distinguish driving in a vehicle from, say, cycling or walking. After you park the car, a card should pop up in the Google Now card stack with a map showing your rough location. You should get more accurate results with Wi-Fi and Location settings turned on.

When the card appears, you can tap it to expand the map. If you’ve made more than one stop on the same trip, an option to see previous locations sprinkles some breadcrumbs. Accidentally swiping the card away gives you a few moments to retrieve it by pressing the Undo button, but if you’ve dismissed it or turned it off in the settings, it won’t remember where you were before. It also won’t hold onto your parking spot for you overnight, and there’s no way to pin that right now.

While the parking locator may help you out of a bind from time to time, it isn’t quite ready to replace your brain. Locations aren’t exact — for example, the card won’t tell you which stall you’ve parked in at a busy mall, but it can show you if you’ve parked closer to one side of a block-long parking lot or another.

Also, it doesn’t really have any way of knowing that you’ve actually been driving a car. You may have been riding a bus, or been a passenger in someone else’s car. As a result, Google Now may surface some false positives, and that could chafe over time.

It also may not seem very helpful if you travel the same well-worn route from work to home to your kid’s school to the gym and back again, and tend to leave the wheels in the same spot each time. There are some circumstances where your brain does just fine.

There’s also no easy way to toggle the service off and on, like if you want to ignore it most of the time, only turning it on when you travel outside your usual routes.

In fact, apart from opting in or out, you have very little control over the parking card at all. Sometimes it doesn’t pop up right away, or even at all. During one test on a Samsung Galaxy S5 and a Samsung Galaxy S4 side-by-side, the parking map appeared many minutes sooner on the Galaxy S4, but still 10 minutes after I initially parked.

Google says that factors like the phone’s GPS receptors and the search app’s location algorithms play a role in my varied experiences, and that it’s also improving the app over time. Hopefully, the next iteration will see even more on-demand options to turn the card into a truly useful tool that you control.