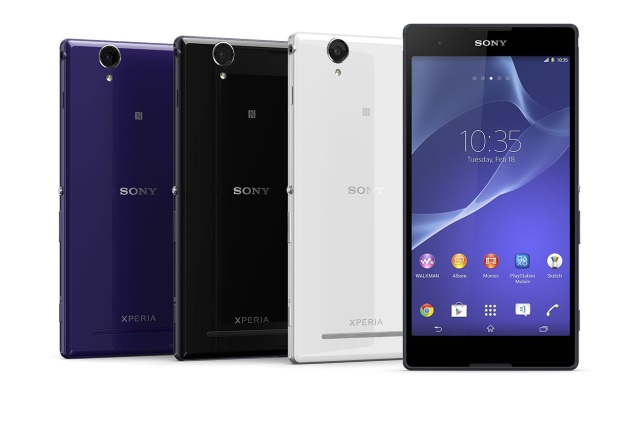 Debuting with the Xperia E1, the T2 Ultra is an awesome phone. Sporting a 6-inch 720p display with a 1,280×720-pixel resolution, the T2 Ultra should appeal to video addicts who need a portable media player which extends just like a smartphone.

Aside from the large screen, the T2 Ultra packs a 1.4GHz quad-core Snapdragon 400 processor. While it’s not the high-end Snapdragon 800, having four cores will help in the performance side of things. Large 6-inch display also means a larger embedded 3,000mAh battery. We’re guessing this should allow the T2 Ultra to last at least a day. Other key features include a 13-megapixel camera and Sony has loaded a bundle of camera apps too. Unlike the 6.4-inch Xperia Z Ultra, the T2 Ultra features a LED flash. The handset also is available in a dual-SIM variant which lacks LTE. The handset also includes LTE, which signifies very fast speeds when for surfing the Web and browsing your social networks.

Set for a launch in the first quarter, the T2 Ultra will have the advantage of obtaining a large range of content available out of the box through its Sony Entertainment Network service. This will help the handset stand out against similarly specced competitors. I expect the T2 Ultra to do well, particularly with consumers who like watching videos while travelling.